If you’re in need of inspiration today, look no further than the Orthodox mom of four Liba Yoffe, who is competing in the current season of “American Ninja Warrior.”

Yoffe, 35, is the apparently first Orthodox Jewish woman to participate in the popular fitness competition now in its 13th season on NBC which pushes its athletic contestants to their limits with incredibly difficult obstacle courses. 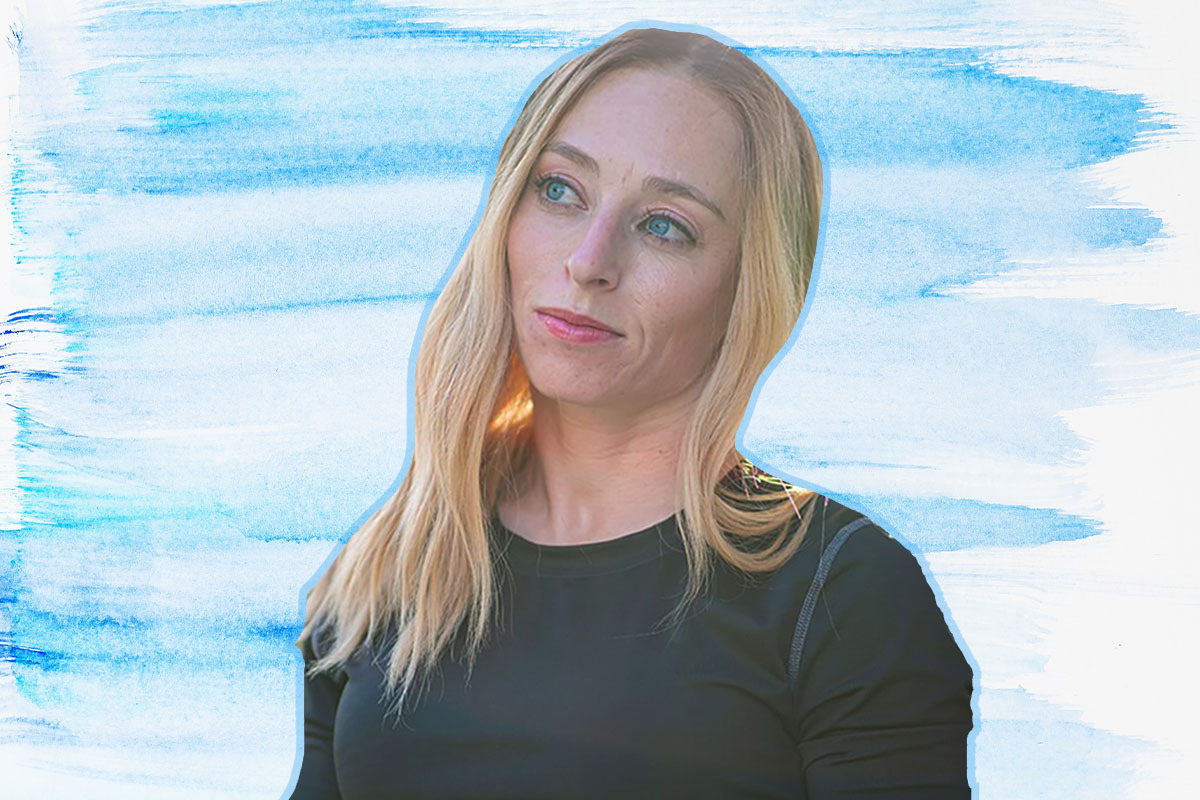 While many athletes apply to be on the show, Yoffe is clearly an exceptional case. Her audition video stands out as a testament to her strength and we don’t just mean the physical kind. (Although, it must be said: Yoffe may be just 4 feet, 11 inches tall, but she is incredibly, amazingly, strong and fit!) Yoffe also draws an incredible amount of strength from her deep love of and respect for Orthodox Jewish tradition.

The audition video begins with Yoffe being introduced by her teenage daughter, Tehilla, who has alopecia and whom Yoffe credits with being the original source of her fitness inspiration. When her daughter was diagnosed at age 2 with the condition, which causes hair loss, Yoffe promised herself to become a confident and strong role model for her daughter and she has only positively influenced more women since.

Throughout her fitness journey, Yoffe noticed that there was something missing in her religious community: the bridge between women in athletics and their commitment to their faith. Rather than exist outside of each other, Yoffe wants to show girls and women that devotion to religion and fitness can live harmoniously together.

Yoffe, who grew up in an Orthodox community in Far Rockaway, New York, and now lives in Phoenix, is living proof these passions can coexist. “American Ninja Warrior” is not her first time participating in a fitness competition previously, she had trained to be a powerlifter, beating records and making great progress in her lifting journey. But none of that mattered when she was barred from competing because the judges would not allow her to wear a skirt and sheitel (wig). It’s tradition for many Orthodox women to dress modestly, and the judges refused to make any religious exceptions for Yoffe, even after repeated requests.

It’s one of the reasons why she applied to compete on “American Ninja Warrior.” As Yoffe explains in the video: “I believe I can be the one that can show women and girls all over the world that it is possible to maintain your faith, and compete in athletics, and thrive, and be a strong, powerful woman inside and out.”

Yoffe has devoted herself to empowering women in everything she does. She is the founder and CEO of Spirit Fit Life, a fitness business dedicated to helping women find their “strength from the inside out” through wellness, mindful eating and exercise. Yoffe tells Hadassah Magazine: “‘Mindset coaching is also a big part of what we do… You can’t have lasting change without digging deep into shifting your habits and personal triggers. This is not a diet or a one-size-fits-all program. We start on the inside because that’s where true transformation begins.’” Yoffe is also a certified childbirth educator and a doula. Now that’s a Jewish mom who can do it all!

Yoffe also notes that, in stark contrast to the powerlifting competition, “American Ninja Warrior” was “very accommodating.” The producers provided kosher food and even moved dates around for her. They even seemed to emphasize her faith, getting her full skirt in the shots, which Yoffe says made her feel proud.

While this is her first time partaking in a competition like “American Ninja Warrior” (which would make her colloquially known as a “beginning ninja”) she says that it will not be her last time competing, telling Hadassah: “This time next year… it’s going to be a whole different story.”

According to Her Instagram, Yoffe isn’t sure if or when she’ll appear on the air. (According to Hadassah, only about 30 percent of contestants see their competition air.) But, given her incredible story, we at Kveller will absolutely be watching “American Ninja Warrior” to look out for her! (The show airs on Mondays, but not tonight, as NBC is airing the Olympic trials in swimming. But there are still two rounds of “Ninja” qualifiers to come, on June 21 and June 28.) Whatever happens with the competition, we want to wish Liba a hearty mazel tov on all her incredible achievements. We can’t wait to see what she does next!

Please note, comments must be approved before they are published